Afghanistan: A Lasting Peace Within Grasp 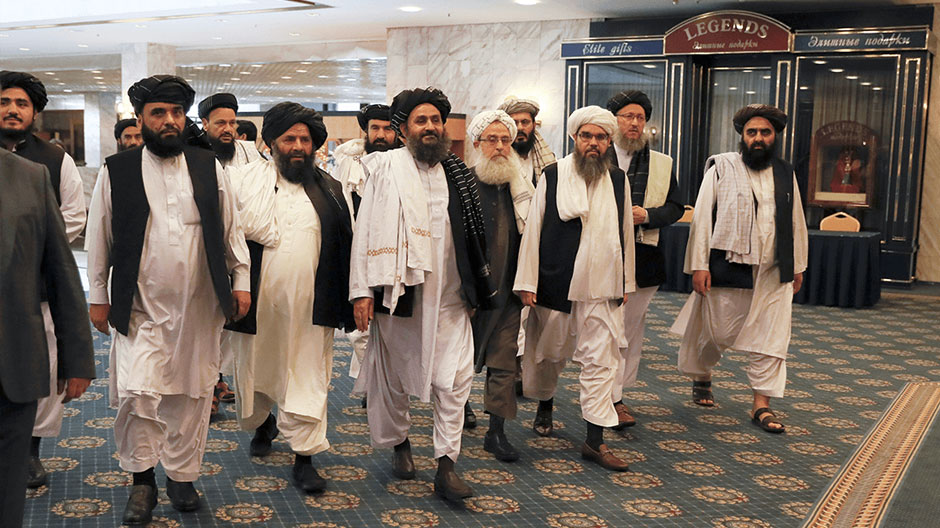 The Afghan peace process has entered a seminal moment with the start of the withdrawal of American and NATO forces from Afghanistan from May 2021. This is the latest turn in the long-drawn conflict that began with the Soviet invasion in 1979, so it is wise to temper expectations about sudden peace in Afghanistan that would roll back its turbulent legacy. Likely, there is nothing that can be done between now and September 11, 2021 that would absolutely bring total peace to this ill-fated country. Therefore, this is a milestone rather than an end. It attempts to close a chapter that began in 2001, as Afghans and the international community explore ways to somehow normalize Afghanistan.
But this is not a hopeless case. The situation presents a challenge to Pakistan but also a strategic opportunity that could bring diplomatic, economic, and military benefits, and opens a new era of cooperation between Islamabad and the West, establishing new rules of game with Afghanistan’s neighbors. While nothing is guaranteed in a fluid situation like the one that exists today in Afghanistan, this is time for diplomatic ingenuity to make the best out of a complex situation.

Joint Efforts by Pakistan and America
The United States and Pakistan won the Afghan conflict and the Cold War in 1989 and 1991 respectively, helping the Afghan people take back their country from foreign occupation. It does not make sense that, thirty years later, Washington and Islamabad should come to the brink of losing Afghanistan, and hurt their strategic interests. The post-2001 close cooperation yet occasional squabbling between these longtime allies cost all sides material and strategic loss.
As Washington cuts its losses and saves its soldiers, it makes sense for Kabul and Islamabad to find ways to do the same. If Washington, Kabul, and Islamabad quibble and the war stretches, spoilers get a chance to wage war of attrition that weakens America, Afghanistan, and Pakistan. Extended conflict will also hurt the interests of China and Russia.

Spoilers benefit from American and Afghan losses, the resulting instability in Pakistan and lost economic opportunities. Some spoilers would not mind seeing a permanent conflict in Afghanistan that pitches old allies – Washington and Islamabad – against one another and drains their resources. Unfortunately, more than often policymakers in both capitals spent more time operating under ominous clouds of a blame game than in promoting mutual interests. This is not to underestimate the serious issues that bedeviled Pak-U.S. cooperation in Afghanistan, but in a nutshell the two allies worked closely to fight the menace of terrorism. It is also important to remember that these two old allies led one of the most successful strategic projects of the Cold War: the Afghan war and the defeat of Communism. While this project was a feat of military and intelligence prowess, it degenerated into a series of mistakes – especially post-9/11 — that now threaten to turn that victory into defeat.
Key stakeholders in this conflict can choose to waste more years and continue to hurt their interests in the region. Or they could work to avoid the mistakes of post-9/11 in Afghanistan, and mitigate the impact of that legacy.

The Situation as of May 2021
The United States is relying on Turkey, in addition to Qatar and Pakistan, for progress in Afghanistan. While Qatari mediation stands, Turkey appears to be taking a lead role1 in Afghan peace mediation with American support. Istanbul was going to host a landmark Afghan conference with the Afghan government, the Taliban, and regional stakeholders in attendance in April but the event has been postponed, though not canceled. If things go as planned, the Istanbul conference will announce the shape of things to come in Afghanistan after complete U.S. and NATO withdrawal. There is news in the media that Turkey is also contemplating some form of military presence2  in Afghanistan after international withdrawal.
In May, Turkey sent a top diplomat as an ambassador to Kabul in a routine appointment, even when Australia announced closing down its embassy in the city citing its inability to secure the missions after the departure of international forces. For Afghans and others watching the Australian move, it does not emit confidence in Afghanistan’s future. Australian Prime Minister Scott Morrison hoped the closure would be temporary, but the opposition said the move would hurt Australia’s ability to deliver and monitor development aid to Afghanistan, which is key to future Afghan stability.

Russia’s Foreign Minister Sergey Lavrov has said Russia supports including the Taliban in any peace agreement but opposes the militia monopolizing future government in Afghanistan. Iran’s Foreign Minister Javad Zarif, in an interview with NDTV in India in January 2021 said he thinks “it would be impossible to have a future Afghanistan without any role for the Taliban.” This comment caused some tension with Kabul, where President Ashraf Ghani’s deputy spokesman Shah Hussain Murtazavi retorted that Iranian foreign ministry officials “have turned into Taliban spokesmen,” according3 to Afghan TV news station Tolo News. However, Iran is cooperating with Afghanistan in facilitating the peace process.
On its part, Pakistan is extending full cooperation to the Government of Afghanistan, to NATO, and the U.S. Government in facilitating talks and withdrawal. Islamabad is currently part of regionwide talks held by Washington with multiple states on how to best support Afghanistan’s security after September from across-the-border positions.

In the interim, there are concerns that Pakistan-Afghanistan border could escalate into violence. So far, Islamabad is taking special care not to let border incidents disrupt American efforts to stabilize Afghanistan. But multiple border incidents in recent months raised concerns. The latest was on May 22, when a Pakistani border post was attacked from inside Afghanistan. Pakistan described the attackers as “terrorists” but Afghan Defense Ministry deputy spokesman denied the presence of terrorists and said his concern was cross-border militancy.
All of this paints a picture of intense talks, negotiations, discussions, and decisions from now until September.

Neighbors Support Peace
Neighboring states are supporting American and Pakistani peace efforts while keeping a wait-and-see approach. This was exemplified by Russian Foreign Minister Lavrov’s statement on May 24, where he said4 Russia supports peace but is ready for all eventualities.
If Afghanistan spins out of control after September, that would likely be the moment when all types of spoilers in Afghanistan reveal their cards. Spoilers consist of state and non-state actors. If the international community fails to show robust commitment to Afghanistan’s future, that could be a sure sign for spoilers to pursue their own interests.

But for now, all of Kabul’s neighbors seek peace for various reasons and Afghan groups and warlords abiding by Kabul’s position. Afghanistan’s neighbors have their own reasons to support Afghan peace. Iran is reeling from crushing sanctions and, rhetoric aside, is busy in trying to restore ties with Washington. Helping the Afghan peace process is one way of improving ties with the West. Though India suffers from economic trouble and devastation brought about by the pandemic, but despite these sufferings evidence suggests that it has not stopped adding fuel to the fire that Afghanistan has suffered for so long. China needs a stable Afghanistan for its Belt and Road Initiative to succeed. Underlining Chinese interest and commitment to Afghan peace, President Xi has shed traditional Chinese caution to engage the Taliban in support of American and Pakistani peace efforts. Russia has demonstrated commitment to the Afghan peace process through the extended quartet and has its hands full dealing with crises stretching from Ukraine to Armenia to Syria for Russian diplomacy to have an appetite for another crisis.
A lot also depends on Kabul’s ability to reconcile with the Taliban and open the door to a grand Afghan national reconciliation. Also, the Taliban must calm fears inside Afghanistan and across the region on seizing power in Kabul and reviving the Islamic Emirate of Afghanistan as it existed in 1996-2001. The Taliban did that on several occasions, including in an interview with the BBC in February 2019, when the chief of the Taliban negotiation team, Sher Mohammad Abbas Stanikzai denied5 the militia’s intention to seize Afghan government to the exclusion of other Afghan political players.
But the matter continues to be a key concern for skeptics. Russia’s Lavrov expressed6 this fear in May 2021. Iran’s Foreign Minister Zarif, while addressing India’s Raisina Conclave in April 2021, said a Taliban takeover would pose a threat to Iran and to India, in addition to Pakistan.
“We need to put aside our differences and focus on our commonalities, including the fact that an Islamic emirate in Afghanistan is an existential threat to Pakistan and a national security threat to Iran and India,” Zarif said at Raisina 2021.

It is worth noting that the Russian and Iranian warnings on a possible Taliban power grab came relatively close. Zarif spoke in April and Lavrov in May 2021. The Russian foreign minister visited Pakistan for the first time in nine7 years, in April 2021, and is expected to have discussed the possibilities of peace in Afghanistan. He was in India before that, where he (for reasons best known to him) recognized8 India as an “important player” in Afghan peace.
There is reasonable optimism among analysts that all of Afghanistan’s neighbors will avoid actions detrimental to Afghan peace if the United States and West keep an eye on Afghanistan and do not cut and run after September.

America’s Commitment is Key
A failed Afghanistan does not suit any country in the region. It is detrimental to U.S.’ interests because a renewed civil war will invite proxy warfare and a replay of the Great Game.
The U.S. is key to Afghan stabilization because no other country can marshal resources and international support for peace in Afghanistan. Pakistan’s diplomats and the military have conveyed to Washington that Pakistan wants the U.S. to succeed in Afghanistan and for Afghan people to live in peace and prosper, which directly helps Pakistan.
The Pak-U.S. relationship is vital for both countries. The two nations share a history of cooperation and alliances that proved crucial in history, the recent past and are likely to do so in the future too. Pakistan remains an influential player in the Middle East, Central, and South Asia. Islamabad’s importance transcends Afghanistan. But Pakistan needs to underline this through a robust international engagement simultaneously.